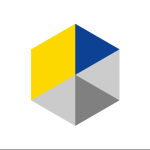 This blog entry is a repost from The Progressive Post‘s article ‘What role for health promotion in the European Health Union?’ by Charlotte Godziewski, published on the 26 October 2022 as part of the Dossier entitled ‘Moving towards a Healthier Union‘.

So far, the European Health Union is largely focused on the necessary task of improving health security. A more comprehensive Health Union also needs to consider health promotion. But what does health promotion mean? Is it merely an instrument to nudge individual behaviours, or can it be more than that? A truly health-promoting Union requires a more social Union.

Health has become a classic example of the EU cooperating and furthering integration in response to crises. The bovine spongiform encephalopathy (‘mad cow disease’) crisis was pivotal in strengthening food safety standards. The 2003 SARS outbreak propelled the creation of the European Centre for Disease Control (ECDC). Now, with Covid-19, we are witnessing the development of a broad and ambitious – if somewhat vague – vision of EU health: the European Health Union.

While giving more attention to health is seen by most as a welcomed improvement, it is also important to look at the kind of further EU integration in health: What are the underlying rationales and avenues currently explored under the proposed European Health Union, and what are the potential opportunity costs of neglected options?

So far, the European Health Union’s aim is to ‘[protect] the health of Europeans and collectively [respond] to cross-border health crises‘. Its action plan focuses on health security, industrial strategy for medical countermeasures, and digital innovation. However, very little is said about the importance of health promotion. Health promotion has been reduced to exhorting and nudging people to take responsibility and make healthy choices. If health promotion is understood in these narrow terms, it is understandable that the EU does not concentrate its Health Union efforts on it, especially considering its limited formal competences in that area.

But health promotion can and should be so much more. Factors that shape population health are numerous and far-reaching. In the early 2000s the World Health Organization produced a body of work focused on the so-called ‘social determinants of health’. These are the social conditions under which people live, and they include, for example, access to decent housing, education, health care, active transport, safe urban spaces etc. Now research is increasingly interested in understanding macro-social determinants of health. These are the socioeconomic and political conditions, processes and power dynamics that affect population health directly and/or indirectly via complex and multileveled causalities.

Austerity is a good example of a macro-social determinant of (ill-)health. The austerity measures taken in response to the Eurozone crisis have been disastrous for health: Greece, Spain, and Portugal saw a rise in suicide rates and infectious disease outbreaks, while access to healthcare services became restricted. Research has demonstrated that, more than the crisis itself, it was the type of fiscal response and the strength of social protection mechanisms, that decisively shaped health outcomes. As such, the EU’s economic governance and fiscal coordination activities contribute to shaping public health, not only because they impact healthcare systems, but also because they prescribe the general direction of member state’s public spending.

Compared to the Eurozone crisis, the EU’s Covid-19 response was a clear improvement. The EU fiscal rules have been suspended by the triggering of the General Escape Clause within the Stability and Growth Pact. This means that member states have more freedom to spend and borrow as they see fit to rebuild their economies. The EU also made a €806 billion stimulus package (NextGenerationEU) available. This differs considerably from the austerity imposed a decade ago. The question is whether this reflects a lasting shift in how policymakers view public spending, and whether they recognise the importance of well-resourced public and social services for promoting health beyond exceptional crisis times.

To develop a long-term vision for a healthier EU, we need to understand health promotion not merely as disease prevention at an earlier stage, limited to nudging individual behaviours. Rather, health promotion can be a transformative endeavour to create conditions of life that are conducive to good health at a population level. This has been referred to as a ‘salutogenic’ approach to public health – one concerned with the origins of good health, rather than focusing only on preventing disease.

What does this mean for a European Union? Article 168 of the Treaty on the Functioning of the European Union (TFEU) states that “a high level of human health protection shall be ensured in the definition and implementation of all Union policies and activities”. This does not need to translate into more health and healthcare competence conferral. Instead, taking Article 168 seriously means creating sustainable, health-promoting conditions of life through the EU’s own, already existing competences. If understood in those terms, a European Health Union that promotes health should be a transformative project, one that creates a more social Europe.

In short, a progressive Health Union should not just build resilience to face a crisis-ridden future, it should mainly work to heal those crises. Doing the latter is more complicated. It requires more fundamental rethinking of taken-for-granted ways of working. It is likely to face more institutional obstacles and does not depend on the EU alone. Meanwhile, securitising the supply chains of medical countermeasures and improving the use of artificial intelligence to prepare for future pandemics is certainly useful and it is more easily compatible with existing EU competencies and an orthodox view of the EU as a market-creating project. However, this alone does not address the root causes of vulnerability to future pandemic outbreaks, which include rising inequalities, but also climate change. In addition to new and improved health security mechanisms, the European Health Union needs to translate into a more social, environmentally sustainable, and global justice-oriented Union. All this is also central to promoting health.

More articles from the blog

“We send the EU £350 million a week. Let’s fund our NHS instead” proved an effective – if misleading – slogan for the Leave campaign in the 2016 UK referendum on EU membership. While this may simply suggest a “very British” variety of Euroscepticism, its implications arguably prove further-reaching, with learning for other countries (and […]

On 26 August 2022 EUHealthGov held its sixth online seminar. We had the pleasure to host Dr Charlotte Godziewski (City, University of London) to discuss her new book, The Politics of Health Promotion in the European Union. Dr Godziewski gave a short presentation of the book, which explores how institutional structures, background ideas and active […]

Dr Chloé Bérut is a postdoctoral researcher in political science (Research program on risk assessment and uncertainties, Sciences Po). Subsidised by EUHealthGov, Chloé participated in the 2022 annual conference of the University Association for Contemporary European Studies (UACES). Below, she summarises the core argument made in her presentation, which addressed the consideration of health inequalities […]

EUHealthGov is delighted to have been involved in this week’s annual conference of the University Association for Contemporary European Studies (UACES). We have hosted three panels this year – two taking place at the in-person conference, in Lille, and one at the virtual conference.  On Monday afternoon, we gathered for a panel on EU governance […]

On 6 July 2022, EUHealthGov held its fifth online seminar. We had the pleasure to welcome Dorota Sienkiewicz, Senior Policy Coordinator at EuroHealthNet, for a practitioner perspective on the ‘triple-win’ approach for EU public health to combine action on climate, health, and social equity. Ms Sienkiewicz started by introducing EuroHealthNet, the European Partnership for Health, […]

Dr Marta Hoffman is an assistant professor at Jagiellonian University and, subsidised by EUHealthGov, participated in the 2022 annual conference of the European Consortium for Political Research’s Standing Group on European Union. Below, Marta summarises the core argument made in her presentation, which addressed the relationship between the World Health Organization Regional Office for Europe […]

“Euro-ambivalence”, EU competition law, and national healthcare systems: How the UK parliament joined some of the dots with NHS reform | Summary: The Politics of Health Promotion in the EU, with Charlotte Godziewski | Tackling health inequalities: explaining variations in national health strategies in France, Portugal, and Switzerland | EUHealthGov at UACES 2022 | Summary: Equitable and Green EU Public Health: Perspectives from Dorota Sienkiewicz |

WHO needs whom? A problematic cooperation between the EU and WHO Regional Office for Europe (WHO EURO) | Summary: Discussing the emergence of the EU in the field of vaccination using a reputational approach, with Dr Thibaud Deruelle | EU Competition Policy and Healthcare: starter questions for future directions | Summary: In Conversation with Professor Meri Koivusalo – Trade and Health: When Actions do not match Aspirations | EU Health Governance at the 2021 UACES Annual Conference |
Avatars by Sterling Adventures

UACES, IACES and Ideas on Europe do not take responsibility for opinions expressed in articles on blogs hosted on Ideas on Europe. All opinions are those of the contributing authors. The content is licensed under a Creative Commons Attribution - NonCommercial - ShareAlike 4.0 International License.

The map in the Ideas on Europe logo is an abstract map. It does not imply the expression of any opinion whatsoever on the part of UACES, IACES and Ideas on Europe concerning the legal status of any country, territory, city or area or of its authorities, or concerning the delimitation of its frontiers or boundaries.